A European Journey by Alquímico

After a while, sitting in front of the computer, reviewing documents, Jean received an email that would give them the opportunity to show a little more of what they have started. A tour on the European continent; the same one he left a while ago to explore new opportunities. It would be something like the prodigal son who returns home, but not with his tail between his legs, but loaded with many illusions, which are not just Jean’s but those of the entire Alquímico’s family.

Remember asking Jean, are you serious about “hitting the road” in Europe? His purpose was to promote what Alquímico had been working on so hard, even before the pandemic. Being self sufficient, besides helping out its staff during the hard times caused by the virus.

It’s been a while since they were all together at the hacienda. They realized the great value of coexistence, perseverance, but, above all, the immeasurable value of friendship; especially in these unpredictable times. Having spent this time getting to know each other, made many of them to change the way they see and appreciate things. 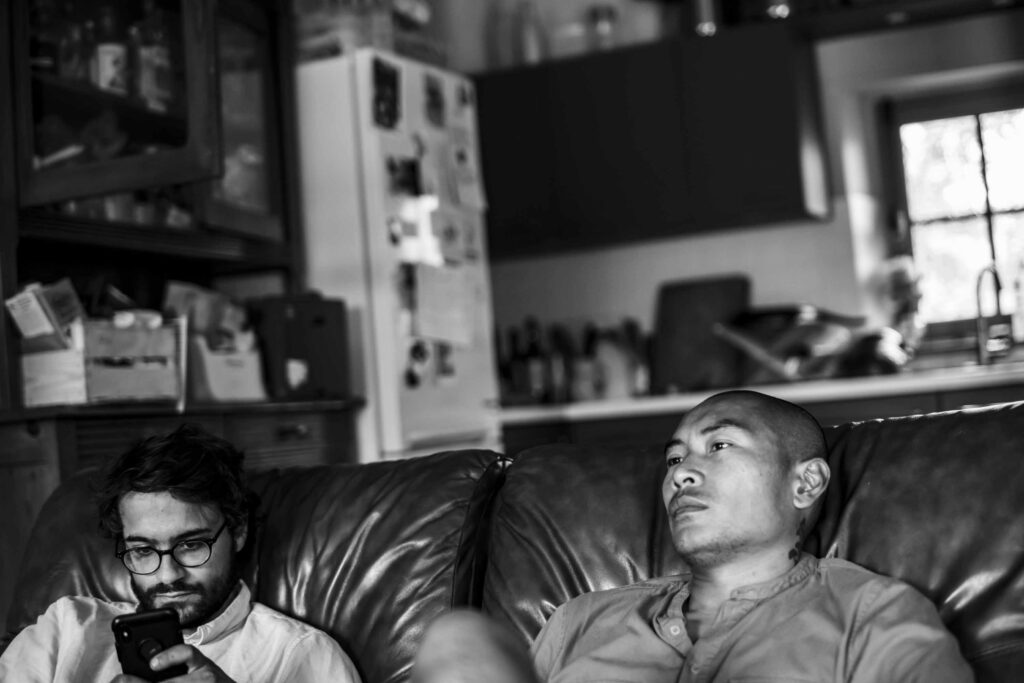 Everything started in France. It was a beautiful autumnal evening, I had never seen the second companion for this trip. His name, Marcio. He’s loved by everyone, his charismatic way of being, it’s something that tends to be contagious. Marcio is from Brazil and has been working in the Bar industry for around 25 years. Seeing Marcio mastering his craft, it’s something out of this world. Unreal. The right dash, details and creativity blossom with every brushstroke. It’s like witnessing a painter doing a masterpiece with every cocktail he makes.

After France, we headed nothing more and nothing less than Greece. Here we received the warmest welcome a person can ever receive. MALAKAS! To be honest, this reception was a shot of adrenaline for everything that awaited us. Nikos, Vasilis… The Clumsies, such workaholic people they are. If there was a graphic definition that illustrated how cool someone could be, I swear they’d be laughing on the front page.

Our next stop… Milano. The Officina. Seeing so much genius and camaraderie would be a reaffirmation of what Jean has set out to do as someone dedicated to hospitality. Also, to put a cherry on the cake, our Mexican friends were joining us. Ah, el viejo Walter, always giving it a go, he’s game. Another mezcalito por favor. Gina, unique, a lot of skill and elegance executing and representing her roots. Mexico is the shit. ¡Viva Mexico, cabrones!

The journey continued into one of the most beautiful cities in the world. Florence. Cool people, no stress, we felt amused with their vibe.